RCNTEC, the developer of IT solutions for business, has released an updated version of its free mobile data protection application for companies AUTH.AS: Token for iOS and Android. This new version offers a number of vital changes.

One of the important changes implemented in Version 4.2 for iOS and Version 3.1 for Android is making it possible to store tokens in the clouds of GoogleCloud and Dropbox. Thus, users are now able to synchronize settings and profiles between all their devices, irrespective of their operating systems (iOS or Android). There are options in the application settings for selecting and changing the storage. A loss or breakdown of a smartphone will not lead to a loss of settings or accounts if cloud is used as storage. The data stored in the clouds are additionally encrypted with a security key, thus making their accessibility to third parties very difficult. 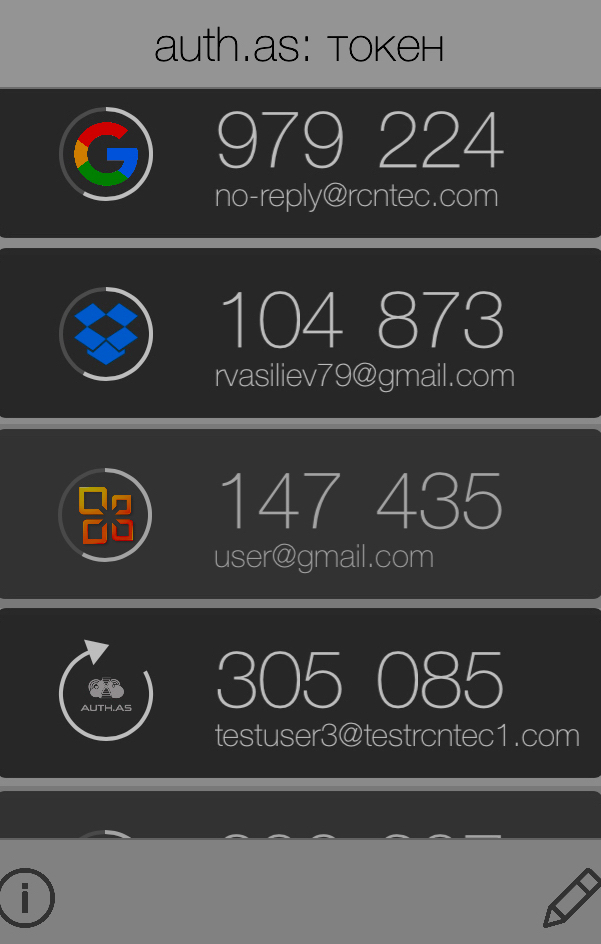 The service developers have concentrated their attention on user’s convenience. Now, the mobile application AUTH.AS: Token supports the QR codes of most services that use the two-factor authentication. A user can quickly connect and use all the login credentials of the second security factor in one mobile application.

In order to ensure the reliability of the service, the AUTH.AS developers have made the password needed to access the application and the key to the data stored in the clouds more complex. But, bearing in mind user’s convenience, they have also made it possible for clients to use biometrics as identification tools to access the service at any time.

Apart from the above-listed novelties, the new version also offers users other possibilities, such as the ability to automatically synchronize event tokens between all types of storages. The owners of multiple accounts in Google or Dropbox can now easily switch between these accounts from the application settings.

If there is different information in the phone’s memory and in the clouds, a user can now decide which of these data to preserve and the application will help set the correct priorities. In other words, it will provide information on the latest changes and suggest which of the data is more relevant. The application AUTH.AS: Token for iOS and Android is available in the AppStore and GooglePlay in two localizations: Russian and English.

AUTH.AS is a solution that helps protect access to critically vital data from an unauthorized access with the aid of a second authentication factor. When using AUTH.AS, a second authentication factor, the so-called variable password, is added to the user credentials. As a result, even if a hacker or criminal intercepts these credentials, he cannot use them as he does not have the variable password. This significantly increases the security and protection of such business data. Attempts to overcome this type of protection are so time- and energy-consuming that in most cases they do not yield economic benefits for hackers or other criminals.

AUTH.AS is provided as a cloud service or as a box solution (which is deployed on the customer’s servers). The system is based on a horizontally scalable, fault-tolerant architecture, with linear performance or productivity growth. This means the required level of productivity growth could be attained by simply increasing the number of nodes in the system.

The AUTH.AS service supports tokens of different types. The basic solution is to use a mobile application for iOS or Android. Also, many popular versions of physical tokens that are made by such manufacturers as HID, SafeNet, Feitian and others can be used.

To get acquainted with this solution and get more detailed information, please, visit the official website of AUTH.AS.