On November 9th, RCNTEC demonstrated its innovative remote power control module Resilient Power Control Module (RPCM) to hosting providers from Russia and around the world at the international conference WHD.moscow.

At its demo booth, RCNTEC experts talked about how to organize reliable and uninterruptible electric power in data centers, as well as demonstrated RPCM through its clear, intuitive web interface. 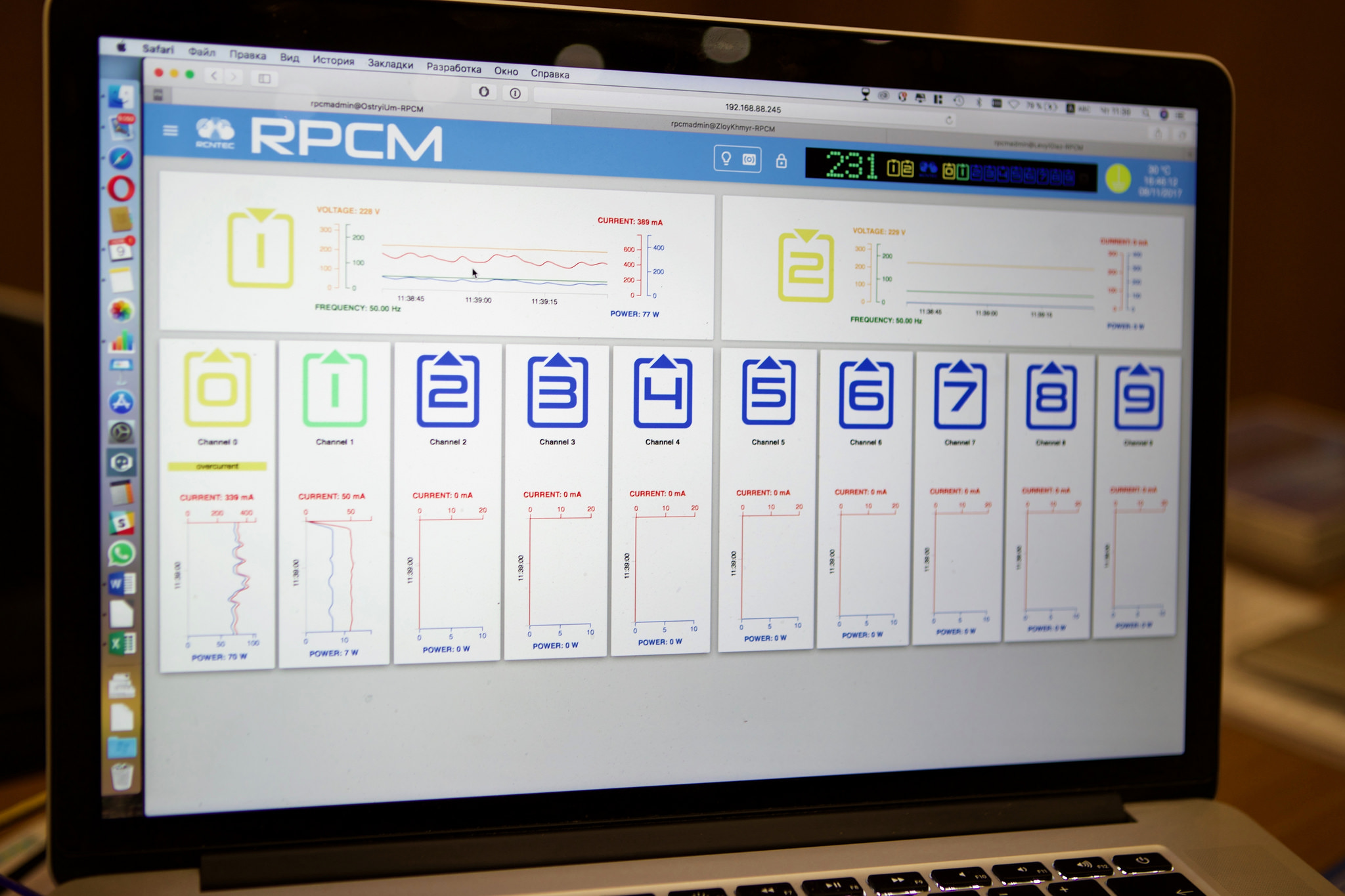 There was excitement at the booth the whole day: RPCM’s design is appealing, which is why everyone wants to inspect it up close. Then it turns out that RPCM is also very functional.

During the evening reception, the RCNTEC team ran a raffle at its booth for 70%, 80%, and 90% discounts on an RPCM purchase. Many were there hoping to win. The chance to get the device practically for free attracted all those knowledgeable about power supply and the vast majority of attendees at such field-oriented events like WHD.

The winner of our raffle – Vladimir Samukov, Sales Engineer at PLESK – shared his impression of the device and talked about his plans for RPCM:

"I met the guys from RCNTEC last year, also at the WHD in Moscow. That time I was interested in their integratable two-factor authentication product AUTH.AS. This time they brought with them their Resilient Power Control Module. And it’s one of those situations where getting a feel for it once is better than hearing about it a thousand times. Basically, it’s a power input and output controller, but when you dig into its details, it’s a simply a killer!

On the outside, it’s a usual ten-port rack switch, but with very bright lights. All that’s necessary are there: 230V input, 49Hz, ground indicator, running message with the device's MAC address in large letters. It’ll surely be a feast for the eyes in the dark of a data center.

I couldn’t just pass on by, so I immediately launched questions at them. It made me glad that RPCM is developed and assembled in Russia. It’s got a built-in web interface through which you can control the device. For example, a configurable power current cut off can be placed on each port: so, we allow a couple hundred mA to charge a cell phone, but if you plug in a kettle, we cut off feed to the port. Of course, there's also recording in the log. And I haven’t even talked about ground control and overload and short circuit protection. Anyway, they're self-evident.

As someone who's recently finished building a house, I was naturally quite taken by this device. It’s a wonderful idea: instead of a circuit box with 30 breakers, you could run all the lines up to a single tiny box like it. And no worries, it’ll communicate with you through messages like: “170V on input,” “neutral burn out,” “transfer switch not possible: diesel fuel in the generator has frozen!” And you don’t even need a separate meter. Amazing! 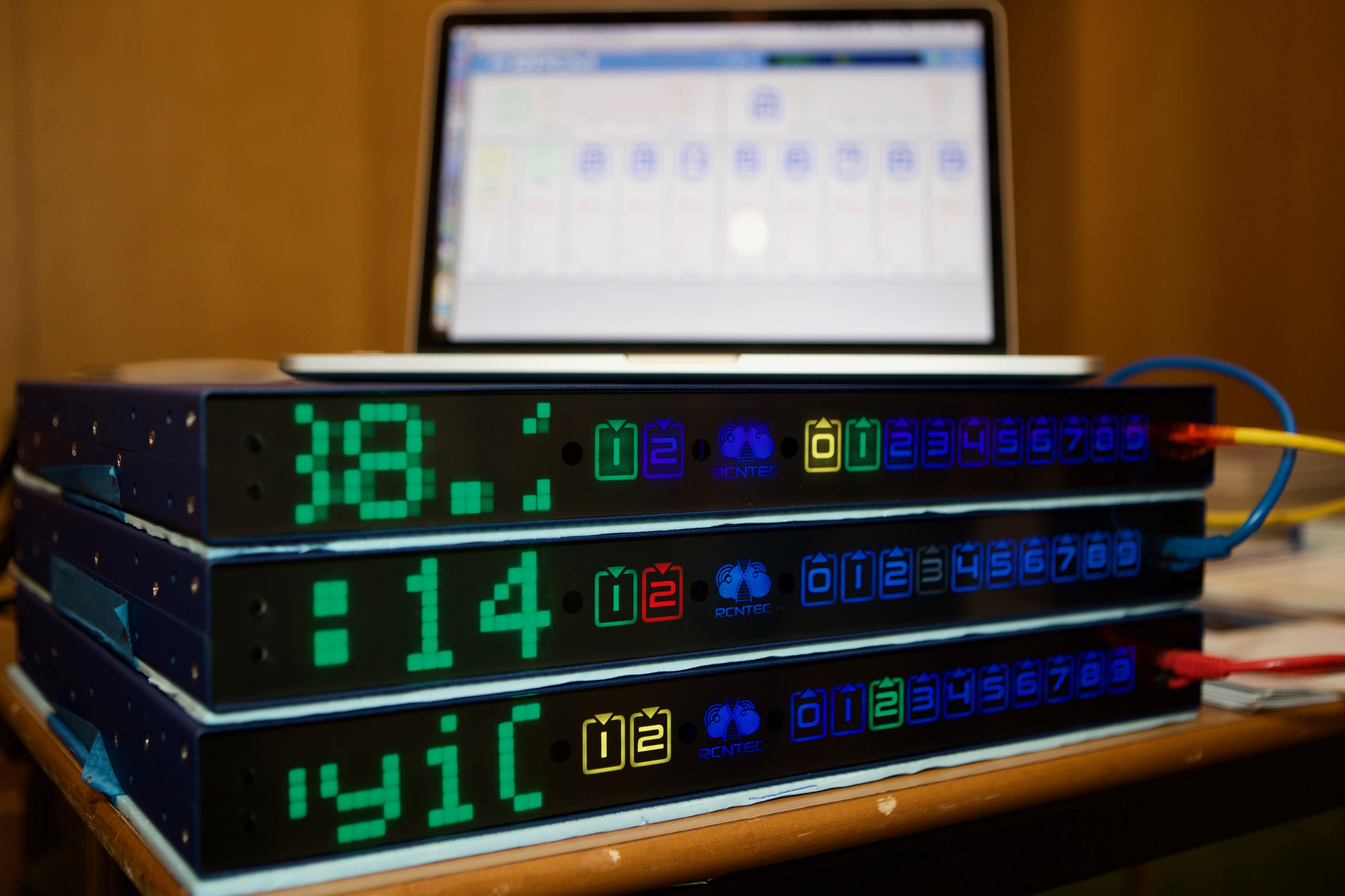 Basically, I’m on the lookout for my package. At home I've already prepared a separate line with the “cleanest” phase and separate switch. I’m going to build a little home-based data center on very clean power supply. Thanks, RCNTEC!” - Vladimir summed up.

It’s always a pleasure when prizes go to those who are really keen. We wish Vladimir all the success!

Thanks to all those who were with us at WHD.moscow!